The month of February 2011 is widely celebrated as Black History month in the United States. The celebration often transcends the domestic shores of its country of origin to gain widespread recognition and media coverage in other Western and non-Western nations.

Although termed Black History Month, the celebration in focuses on the achievements of the erstwhile enslaved people of black Africa in the United States. Dr. Carter G. Woodson, the son of former slaves who went on to earn a doctorate degree from Harvard University, laid the foundation for the marking of Black History month. After he noticed the absence of any form of history of black people in teaching and in academic discourse, Dr. Carter made a case in 1926 for a Negro History Week, which later became the Black History Month. 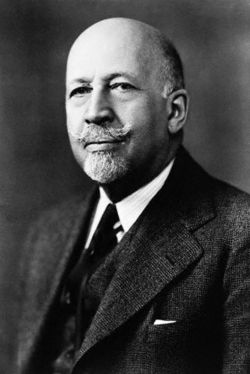 The caption, Black History Month, is likely to confuse the historian, out in search of authentic African history dating back millennia. However, it is commonly accepted in the United States that the word “Black” means strictly speaking,  African-Americans. In essence, Black History Month celebrations are concerned with the exposition of the achievements of African-American former slaves within the ambit of their former colonial masters. Outside the coast of the United States therefore, this interpretation and celebration of Black history can be adjudged a misnomer.  This is because Black to most people around the world means African, and African history means the story of the people who lived in the continent in times past.

It is disconcerting and disturbs the African’s mind, that the history of “Blackness” in the world’s intellectual and media capital, the United States is associated with white domination, oppression, repression and slavery. It is a history, dictated by the West, one that late Prof Hugh Trevor Roper of Oxford University would validate with his statement in 1965 that there is no African history, but only the history of Europeans in Africa, “the rest is darkness… and darkness is not a subject for history.”

The celebration of Black History Month without laying the major emphasis on pre-slavery, pre-colonial Africa, and on the myriad of achievements of continental Africans/ Blacks of that era is indicative that most Black scholars and historians are still submerged in the Western historical point of view of history.  His-story: the story of the white Caucasian male as told by him or from his point of view. His-story of enslavement of the Africans and dragging them to his territory. His-story of granting them freedom after only a certain number of years as slaves. His-story of the achievements he has so magnanimously allowed their most illustrious sons and daughters to accomplish, despite their lowly past. His-story of how the former slave has leveraged on the White man’s education to become the first “African-American” to ride a car, a plane or train. In all, Black History month allows Africans to tell their “his-story” starting only from the period when they set foot on the enslaver’s soil and became subjected to his “civilizing” efforts.

Slavery was calculated to capture the memory of the enslaved, such that even after freedom has been granted, he is already inherently configured to think like a slave. The physical un-cuffing of chains does not in any way free the mind from the years of calculated and intense mental subjugation. Ngugi Wa Thiongo, captures it so succinctly when he notes; “but cultural subjugation is more dangerous, because it is more subtle and its effects, long lasting. Moreover, it can make a person who has lost his land, who feels the pangs of hunger, who carries flagellated flesh, to look at those experiences differently… he or she has been drained of historical memory of a different world.”

Black History Month at the moment, rather than advancing the study of authentic Africa  is bound by the myopia of African interaction with the West.  Paulo Freire would argue that this form of history “is well suited to the purposes of the oppressors, whose tranquility rests on how well men fit the world the oppressors have created, and how little they question it.”

The same his-story is taught in African schools. Pupils in Democratic Republic of Congo (DRC) are taught that Henry Stanley Morton was the first European to navigate the river’s length. Little is taught to the students about the powerful kingdom of the Kongo people, who lived, traded and traveled by the river for thousands of years before Henry  Morton Stanley. DRC pupils know more about Belgium and King Leopold than the Manikongo and BaKongo. Such examples thrive all across formerly colonized black Africa.

Mahatma Ghandi much more than fighting for the independence of India from the British, insisted on the mental decolonization of the Indian. In his seminal work, Towards New Education, Ghandi asserts that “the curriculum and pedagogic ideas which form the fabric of modern education (in India) were imported from Oxford and Cambridge, Edinburgh and London. But they are essentially foreign, and till they are repudiated, there never can be national education.”

Education to be considered sound must be able to ensure continuity from one generation to another. No generation, should due to education, loose touch of the investments, knowledge bank and core values of its predecessors.

For Africa, decolonization of the curriculum with emphasis on history must be embarked upon as matter of urgency. People of African descent, resident and in the Diaspora must seek to know their age old authentic history through conscientious research, archeological excavations, cultural and linguistic analysis and a deconstruction of the his-story bequeathed by the racially motivated scholarship of the Victorian era.

As a matter of urgency, Black History Month, while duly acknowledging the innumerable contributions of people of African descent in the United States, must liberate itself from the territorial narrowness in which it is presently embedded. African history and contributions to ‘global civilization’ – dating back to as far as ancient Egypt – must be studied and disseminated to the rest of humanity.

Dreams, desires and innate expectations of men are founded on the memories they hold.  The despicable political and economic situation of the black race – regardless of their place of abode – is founded on a lack of aspiration due to absence of positive consciousness.  This must be reversed for advancement to be made across sectors. Ngugi Wa Thiongo states the antidote to this situation so brilliantly; “Black consciousness then becomes the right of black peoples to draw an image of themselves that negates and transcends the image of themselves that was drawn by those who would weaken them in their fight for and assertion of their humanity… It seeks to draw the image of a possible world, different and transcending the one drawn by the West by reconnecting itself to a different historical memory and dreams…”

For progress of any measure to be recorded among people of African descent within and outside the continent, there is need to embark on the research, dissemination and identifation of authentic African history. Africa’s past is not darkness, it is only dark to those who do not see it.

Creativity and innovation are products of a positive self image, an attribute which most Africans are currently not manifesting.  Positive self-image is an offshoot of knowledge. For Africans, knowledge of the positive, independent and unencumbered contributions of their forefathers to humanity, would definitely unleash the latent creative energies of the living protégés.