History is one of the most powerful tools a people can utilize in building a sense of national identity and pride, towards social, cultural and economic advancement.  A people without a true sense of their history lack a clear direction for the future.  The foundations of Africa’s history as it is today researched and disseminated, for the most part, was built on the works of American and British anthropologists, missionaries and colonial administrators. These groups of people, published millions of  essays, articles and books on the “primitive tribes” from the “dark continent. “ These works were initially published for the benefit of the colonial government, to assist in determining the governance processes and systems to be employed in administering the natives. The aim was to ensure the uninterrupted flow of natural resources from the African hinterlands to the imperial metropolis. 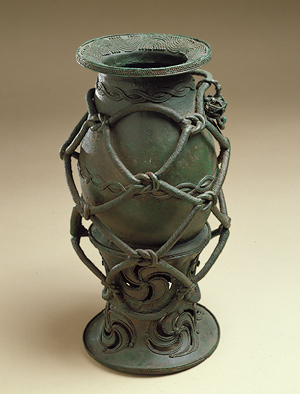 In the early 1960s, the much respected Regius professor of History at Oxford University, Hugh Trevor Roper, made a statement, which summarized the existing persuasion of most contemporary scholars of his time. African history, Professor Roper said, is nothing but “the unedifying gyrations of barbarous tribes in picturesque, but irrelevant corners of the globe… There is only the history of Europeans in Africa. The rest is darkness and darkness is not a subject of history.”

Professor Roper’s statement was made, despite the fact that acclaimed novelist Chinua Achebe had written Things Fall Apart in 1959, a book which among other achievements, sought to tell the African story from an African perspective. Perhaps, Professor Roper, dismissed Achebe’s book as the mere  fantasies of a desperate mind, disillusioned at the non-achievement and darkness that characterizes his predecessors.

One must not be tempted to question the intellectual depth of the acclaimed Regius professor as at the time he uttered the accredited words. Instead, the aim should rather be to examine the circumstances and academic materials he was exposed to,  which led him to confidently make such ignorance steeped statement, without fear of contradiction or of falling into academic disrepute.

Much of what today is studied as African history is the protégé of the racist ideology that viewed the black man as a little above an ape in terms of human intelligence. The earliest times of anthropological sojourn in sub-Saharan Africa coincided with the rise of pervasive racism in Great Britain. The early Victorian science which was birthed at this period was preoccupied with determining human intelligence through a study of “cranial capacity and comparative head shapes.” The publication of Darwin’s Origin of Species which explained the evolutionary process of human development, using such terms as “natural selection” and “ascent from lower species” lent credence to the argument of the racial superiority of the Caucasian.

Several reports of positive achievements from Africa, filed by scholars in the field was regarded as not worth the while; it did not conform with the stereotypical racist views held by the Europeans about Africans. Robert Felkin, famed medical missionary in East Africa in the later part of the 19th century, recorded a successful Caesarean section he witnessed, as it was being carried out by the natives of Kahura in Uganda in 1879. According to Felkin’s accounts, Banana wine served as both anesthetic and disinfectant,  while a hot red iron was used to check bleeding. An incision was skillfully made by the native surgeon in the mid section, and the baby was brought out alive, while the wound was closed with some herbal leaves and thin sharpened iron nails. The patient did not utter a sigh of pain during the course of the surgery. Felkin stayed back to observe her heal, and in a space of eleven days she was able to commence the breastfeeding of her baby, shortly after the pins were removed. American anthropologists Erwin Ackerknecht, reporting  Felkin’s observations in the article “Primitive Surgery,” delivered as a paper in 1946, noted; “unfortunately, I feel unable to explain why in 1879 there existed in Kahura in Uganda, a black surgeon performing the Caesarean section safely and, in some respects, better than many of his contemporary white colleagues.” Ackerknecht’s statement shows the contempt to which the black man’s intelligence is held.  This version of authentic African history never found its way into the history or medical science curriculum provided by the colonial masters to the African pupils and students.

Several years after the end of formal colonial rule, African teachers still teach their students  dusted off colonial history curriculum. In the medical sciences, students in Africa are still taught the colonial history and practice of medicine, and no mention is made of Africa’s achievements in this area. The medical student in Africa graduates with a sense of inferiority complex and awe for the White man who invented everything he had learnt in school. The African tertiary graduate despises his roots, hates himself and whatever he represents, and makes no effort to study what is left of the indigenous knowledge of medicine held by his grandfathers and elders in the villages.

In the Pedagogy of the Oppressed, Paulo Freire,  rightly notes that education has been used for the maintenance of the oppressive status quo; “knowledge  is a gift bestowed by those who consider themselves knowledgeable upon those whom they consider to know nothing. Projecting an absolute ignorance onto others, a characteristic of the ideology of oppression negates education and knowledge as processes of inquiry.”

If Paolo Freire’s words are anything to go by, then Africa is lacking in what true knowledge represents. What exists on the continent today remain archetypical remains of the oppressive colonial knowledge, aimed at fostering ignorance of the African’s self worth and knowledge, forcing him instead to strive – unsuccessfully, of course – to take on the very being and image of the erstwhile colonizers.

Even when the Westerners travel to the deep interiors of African villages to gather indigenous pharmaceutical knowledge – in the case of the Hoodia, for instance –  and return to patent and sell it as their own, Africans keep  quiet, afraid of “biting the finger that feeds them.”  Little wonder, it is on the lips of other races, even though not often verbalized, that the African has not made any meaningful contribution to modern civilization.

Fifty years after Independence, Africans have refused to deconstruct and reconstruct the foundations of its colonially bequeathed knowledge. There is no one for Africans to blame, but themselves. The blame goes to African intellectuals who would rather write in ways that would please the West. To African medical doctors who despise indigenous medicine and healing systems, opting completely for Western medical knowledge –  the origins of acupuncture, yoga and other acclaimed Eastern medical practices notwithstanding. To African historians bent on analyzing and presenting African history to their students from the Euro-American point of view. To African graduate students unconcerned with applying themselves to objective and critical studies and research on African issues. To  African parents who refuse to speak their native languages to their wards, constricting their children’s world, their  thoughts  and their expressions to the limited vocabulary of the English language. To African religious leaders who have not espoused Africans to  love themselves as Africans, before loving their European and American neighbors, just as the Holy book admonishes. Yes, all Africans are to blame for the situation of Africa today. Not one person is exempt, not one.

2 thoughts on “Reclaiming Africa’s History from the West”