Presentation made to the Parliament of Rwanda and other participants, during the international conference to mark the nation’s 50th Independence Anniversary in July 2012. 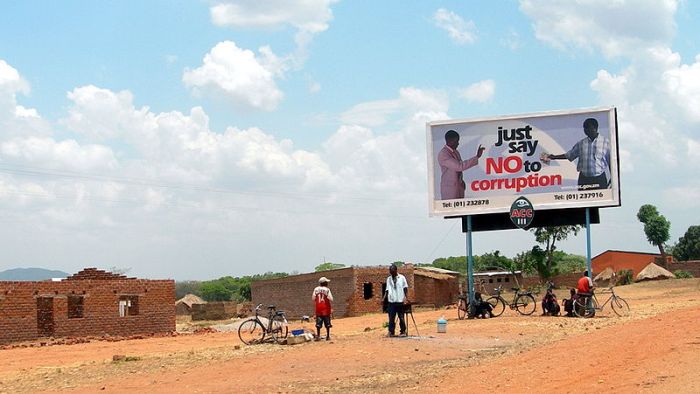 Transparency International has defined corruption as “the abuse of power for private gains.”  Corruption can occur in several forms, but this paper focuses on what Hellman and Jones call ‘administrative corruption’, or the use of “private payments to public officials to distort the prescribed implementation of official rules and policies.”

When specifically viewed with Africa’s history in mind, administrative corruption, though rampant across Africa today is an alien culture. Pre-colonial Africa, for the most part, was founded on strong ethical values sometimes packaged in spiritual terms, but with the end result of ensuring social justice and compliance.

Colonialism introduced systemic corruption on a grand scale across much of sub-Saharan Africa. The repudiation of indigenous values, standards, checks and balances and the pretensions of superimposing western structures destabilized the well-run bureaucratic machinery previously in existence across pre-colonial Africa.  The end result is what is rampant across Africa today; conspicuous consumption, absence of loyalty to the state, oppressive and corrupt state institutions, to mention few.

In both centralized and decentralized pre-colonial African communities, governance was conducted with the utmost seriousness. As the laws were mostly unwritten in nature and therefore prone to being easily forgotten, they were often couched in supernatural terms to instill fear and be instilled in the subconscious.

Examples abound of the heavy emphasis on accountability and good governance across several pre-colonial African communities.  In West Africa, the Asante confederation was a kingdom that thrived on strict rules and regulations. Established by seven clans close to the city of Kumasi, the Kingdom was held together by the symbolic Golden Stool of Asante-Hene. With strong cooperation from all groups the leadership of the Asante kingdom was known, according to Emizet Kisangani,  to have “implemented several modernization policies in administration that included promoting advancement by merit and the development of state enterprise through public investment.” The Asante were able to “build roads and promoted agriculture, commerce, industry and education through self-help and self-reliance.”

Among  the Yoruba of south western Nigeria, the institution of Oyo-mesi the king making body, acted as a check against the abuse of power by the Alafin (the Oba) or the King of Oyo. The Alafin was constrained to rule with caution and respect for his subjects. When he is proven to have engaged in acts that undermined the interests of his subjects, such as gross miscarriage of justice for personal gains, the Oyo-mesi would, in the words of Yunusa Salami “present him with an empty calabash or parrot’s eggs as a sign that he must commit suicide” since he could not be deposed, according to tradition. 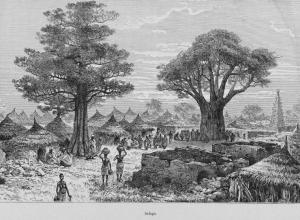 In the Igbo acephalous society, the absence of any form of overarching authority, by itself, placed leadership in the hands of the people – the very epitome of accountability and good governance. The titled chiefs sat together to address the more difficult issues of governance, and there is a saying among the Igbo that a “titled man does not lie.” If one wanted to hear the truth, to be granted pristine justice according to the prevailing standards, s/he only needed to get the impeccable body of titled men to hear the case in question.

Pre-colonial Rwanda had a highly organized, efficient and centralized system of administration.  Although an autocratic and hierarchical system presided over by the king, there were systems of checks and balances among those who ruled at the clan level. A variant of the land ownership, Ubukonde  permeated pre-colonial Rwanda. It was a custom of mutually beneficial exchange of labour between the Hutu, Tutsi and Twa, set on agreed principles. At the time it existed, Ubukonde was accepted by all parties involved and those who tried to amass land wealth in a corrupt manner outside of the Ubukonde system incurred the wrath of the King.

Numerous examples abound across sub-Saharan Africa, but in all, what held these communities together and brought administrative corruption down to the barest minimum was a set of rules and regulations, agreed principles and moral values that guided human interactions.

Colonial Origins of Corruption in Africa

There are several ways that colonialism contributed to the prevalence of corruption across sub-Saharan Africa. Space will constrain this discussion to only a few salient examples.

Indirect rule turned leadership in Africa into a corrupted enterprise where instead of holding power in trust for the people, the rulers held power in trust for the colonial authorities. Government became an antagonistic platform for forcefully extracting obedience from the people. In several instances, the dregs of the society, the rejects, the ones that hitherto had no say in the community were promoted as warrant chiefs by British authorities.  Individuals without character who demanded money in exchange for manipulating the colonial masters enthroned corruption at the highest echelon of governance. To avoid being punished for the grave crime of being citizens, the people saw bribery as a first and last resort, if at all they were to be granted access to the most basic rights.

With little or no knowledge of the economic earnings of potential tax payers, colonial masters imposed flat-rate taxes known as hut tax on the colonies.  The mode of tax payment was often steeped in violence, whereby district commissioners or warrant chiefs were empowered to arrest any defaulter.

The hut tax was mainly used in paying salaries and emoluments for colonial officers and in running the colonial office. There were very little benefits the people could see in the form of social services, in return for the taxes they paid. The result was the evolution of a latently corrupt system, devoid of accountability, and which pitched citizens against themselves and against the ruling class.

The Police and Military

The history of police and military formations in several parts of the world can be traced to the need to protect citizens and ensure territorial integrity. Conversely, in the case of Africa, the police and military were established primarily to crush civilian opposition to colonial rule. Police engagement with the populace was founded on the need to enforce hateful and debilitating colonial laws, including forced taxation, segregation, and quelling of anti-colonial uprisings.

At the end of colonialism, the newly independent African government inherited institutions that had internalized a culture of citizen oppression and extortion.  The immediate post-colonial police and military were designed to inflict terror on innocent citizens, and citizens had internalized the art of buying their way off unwarranted harassment.

The major challenge for immediate post-colonial African leadership was how to embark on massive reorientation exercises. This challenge was not taken seriously by successive administrations across the continent.  Even in cases where the need was recognized, resources was lacking that could bring about internally generated transition.

Pre-colonial Africa as earlier indicated was known for emphasis on strong moral values. Those who were circumstantially rendered unfit as a result of age, ill-health or physical impairment were well taken care of. Colonialism destabilized the prevailing pre- colonial system, uprooted men from the farms to work for the white man as houseboys, miners, clerks and in other menial capacities. The monetization occasioned by this exercise introduced a form of greed, unknown in the culture of most pre-colonial African societies.

Rather than hard working and morally upright members of society acting as role models for the younger generation, colonial masters, who lived in ‘big’ houses,  drove ‘big’ cars and treated Africans with disdain were who most Africans aspired to become like. 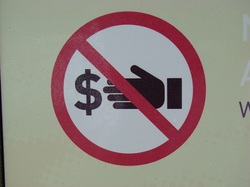 The prevailing culture of acquisition of alien tastes, a culture of consumerism rather than production, and the oppression of the less endowed are the natural outcome of idolizing usurpers and people who reaped where they did not sow.

Sixty years later, Africans, for the most part, remain enchanted with the trappings of modernity, without the character to cultivate it. Fast cars, big houses, expensive vacations to the west, Brazilian wigs and others are only some of the manifestations of a generation mentored by pilferers and oppressors in the form of colonial authorities.

The above are some of the means through which the unfortunate incident of colonialism engendered a culture of indifference to nation building, and a penchant for corruption across much of sub-Saharan Africa.

The essence of this summary introduction is not to play the blame game or bring about the wringing of hands in regret, but to understand the past – a luxury which the continued dominance of western thoughts in the academia and media has denied Africa – in order to mend the future.

A brief introduction is made below of only a few of the several means that African leadership could utilize in calling the minds of Africans back to the values, which most of their communities extolled prior to the destabilization heralded by colonialism

The above is by no means a call for African Christians and Muslims to revert to African traditional religion as is often perceived whenever the indigenous is mentioned. Far from it.  The merging of Africa’s social, cultural, and moral values with its religion was the handiwork of some over-zealous missionaries and racist colonialists. Africans have come of age to separate between religion and other causes and to realize that one can be fully functioning in his chosen religion and still abide by several positively rewarding indigenous African values. 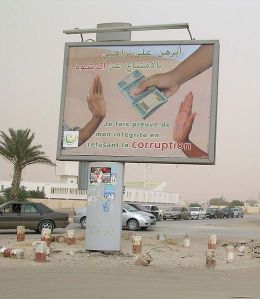 Formal, Informal and non-formal Education: The greatest vehicle for cultural transmission towards a transformation of prevailing social paradigm is education. In its formal form, the curriculum of learning across sub-Saharan African countries must be overhauled to make for real mental and intellectual independence. In its non-formal manifestation, conferences, workshops, camps, and other non-formal learning situations must be widely utilized to re-educate citizens on the fact that real living occurs only when individuals have sound moral values, or at least, consistently and seriously aspire to it. Informally, the media will be mobilized as a crucial element of mass mobilization towards an appreciation of the African’s authentic social, cultural and economic environment.

Religion as a nation building institution: Africans listen to their spiritual leaders, much more than they do politicians and policy makers.  The pulpit ought to be mobilized as a knowledge and faith-based platform for reaching the souls of Africans and in directing them towards nation-building.

Promotion of the “African” nation state: For the past 50 years, Africans have been struggling in vain to assimilate the artificially imposed colonial boundaries. It is time to promote the greater African nation-state and de-emphasize the cosmetic divisions that is filled with antagonistic ethnic groups.

Africans must be encouraged, motivated and facilitated to travel widely across the continent in order to overcome the ethnic animosities that was ignited by colonialism,  established by the post colonial tussle for power among ruling elites, and strengthened by geographic claustrophobia.

Strengthening of anti-graft institutions: Strong anti-graft institutions are a necessity across sub-Saharan Africa as in any other part of the world. Governments across Africa should appoint credible and determined individuals who may even be nationals of other African countries, to take up the fight against corruption in the high and low places. A strengthened judiciary is a necessity in this respect.

Economic growth: Poverty breeds vice. African countries should embark on not just the deceptive increment in Gross Domestic Product, but real development in terms of standard of living. Health, education, food security, and infrastructural growth must be given prominence.

There is no genetic code that predisposes Africans to corruption,  neither does the C shaped sickle cell in the African’s blood stream stand for corruption. The prevalence of corruption in Africa today is a process of socialization, which commenced with the excessively corrupt colonial government.  The present challenge is for African governments to search out ways to restore the values and ethical principles that previously existed among the people. Re-orientation is critical in this instance, other avenues include spirituality, strengthened anti-corruption watch dogs, pan-Africanism and an emphasis on economic development.