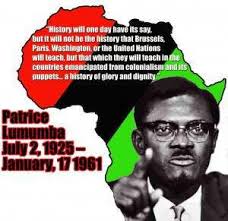 January 2014 marks the 50th commemoration of the assassination of Patrice Emery Lumumba. Lumumba was one of the greatest forces behind the wrestling of Independence from the unwilling hands of Belgian colonizers of the Democratic Republic of Congo.  Africa’s most celebrated freedom fighter, Nelson Mandela exited this realm at the 50 year mark of Patrice Lumumba’s assassination. Mandela’s transition and Lumumba’s commemoration hold deep meanings for a continent that remains structurally, intellectually and economically shackled by existing and emerging internal and external forces and factors. 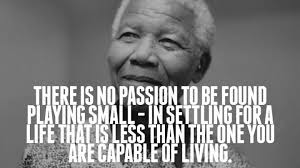 Mandela’s peaceful transition on the eve of the 50th year remembrance of Lumumba’s violent exit signifies the end and the beginning of an era for Africa. Both men stood for freedom and spoke truth to power. Both gave their lives. Lumumba’s was cut short. Mandela’s was taken in installments, the longest of which was 27 years.  Both men represented sometimes synchronized, sometimes divergence strategies in their fight for freedom, but at the core, both demanded political liberation and both got it, at least in-principle, prior to their demise.

The glaring realization for Africans left behind to savor political freedom is that what is yet to be gained for Africa, is – shocking to admit – way beyond what was painfully gained by Lumumba and Mandela. In a post Mandela and post 50th Lumumba era, Africans need a novel plan of action, a change of strategy in order to consolidate on the political freedom brought by the martyrs.  The desperate need of Africans of today is intellectual and economic freedom. Take those two away and the next fifty years for the continent will meet the next generation of Africans marking 100 years of Lumumba’s exit, 50 years of Mandela transition and 150 years of Africa’s underdevelopment. 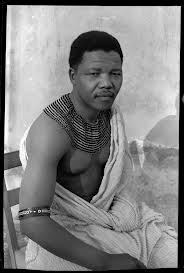 Only recently, it was quite a common but erroneous assumption across Africa, that freedom from external political oppression held the magic wand to all other freedoms. For decades after  the words were uttered, Osagyefo Kwame Nkrumah’s “seek ye first the political kingdom and all other things shall be added unto you,’ resonated across the continent south of the Sahara. But by the time Nelson Mandela was released from prison, the oppressor was willing and ready to give political freedom, which was no longer to his advantage. Fresh from prison, Mandela was handed blueprints and fine prints to ponder, with the likes of Jacob Zuma whose unfortunate background did not grant the privilege of any form of classroom learning or interaction. There was no Google to quickly check through facts and precedents and read up theories, strategies and tactics. The South African apartheid regime impressed it upon Nelson Mandela and his team that they were fighting for political freedom and that they could have it. The words of Osagyefo Kwame Nkrumah sounded fresh in the ears of Mandela and his negotiating team. Yes, political power was everything they needed. With a satisfactory smirk, the apartheid regime gave political power with the left hand, and with the right hand, the hand of might, held on the most fundamental power needed in the present dispensation – economic power.

Africa’s nationalists fought and gave their blood for political power, present day Africans must fight for economic power. And in the present dispensation, economic power is not fought for and secured with iron and blood, but with brains and wit. Africans must change the way they think and view the world. The intellectual cum economic battle Africa needs to fight begins with what Africans allow in their mental space, be it through the media or through more formal learning channels. Input equals output. Western and other media have made a sport of showing Africans that they are not worth anything much but ethnic and religious conflicts, hunger and malnutrition. Africans have to ignore that uncivilized attitude and focus on building themselves up by celebrating their strengths and victories and objectively dissecting their shortcomings. In this manner the continent can have sound expectations and projections for the future. 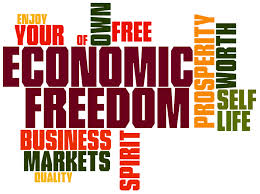 Education at the formal, informal and non-formal levels holds the key to Africa’s long term and sustained advancement in every conceivable sector.  In their quest to secure political freedom, Africa’s nationalists could not scratch beyond the surface in terms of addressing the fundamental needs of Africans to be properly educated.  While Africa’s leaders continue to hold onto political power, the continent’s former colonialists and other emerging economic interests target the minds of Africans. Africa’s battle must now move to the classroom, boardroom, conference room, newsroom, sitting room  and chat rooms. The mind of the African mind must be liberated from sub-service, ‘copy catism’ and misinformation.

At the formal level, every single subject of study and course of instruction in Africa, from the kindergarten to the post-graduate level must be thoroughly reviewed. Curriculum will have to be redrafted to reflect facts and home-grown realities and not superimposed western realities as bequeathed by the colonial masters. Education when it is drawn from the learner’s immediate environment leads to spontaneity of thought, which is the harbinger of creativity and innovation.

Africa’s media, entertainment and other non-formal learning mechanisms including religious and civil society organizations must wean itself of foreign ideas. This is not to say that Africa should delink from the world. Not at all. Emerging global realities and trends must be closely followed and observed and best practices studied and understood, but not copied. The West, Asia and much of South America all got to the present level of development through home-grown strategies; by simply placing value on who they are and what they have, while concurrently seeking to understand others and learn from them. 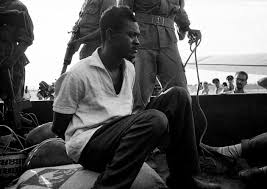 When Lumumba gave his life and Mandela gave 27 years of his to secure political power, it was because of the urgency of the situation. It was an emergency. Today, the intellectual battle that will herald Africa’s economic independence, while it must be urgently addressed, is unlikely to be secured urgently. Africa has to learn to grow by being and doing. By trying various well thought out strategies and by taking calculated risks; by studying best practices all over the world to understand and glean wisdom, but to be careful not to copy. The numerous externally planned and executed poverty alleviation, poverty reduction and other similar grand sounding programs that promise magic turn around for Africa have all without fail, failed. Africans must now look deeply inward in order to patiently and practically draw from authentic African experiences and indigenous African knowledge in order to build the continent up.

The post Mandela and post- 50th Lumumba dispensation is a period for Africa to invest positive thoughts in itself. Africans must begin to look out for and celebrate positive experiences, teach authentic African knowledge and package home-grown strategies, without ignoring emerging global realities. Pockets of this stance can be spotted across the continent, but there is need for a scaling up. Rwanda, for instance has succeeded to a large extent through the indigenous Gacaca legal system to show that western legal system ought not to be the sole recourse for Africans in ensuring justice for victims and in the reintegration for offenders. Nigeria is leading in the entertainment sector by churning out home-grown alternatives to Hollywood. But it too far from Uhuru. There is so much to be done. Where is indigenous African architecture being studied and improved? How about indigenous African cuisine? How much is known about indigenous African political systems and practices? How about indigenous science and technology? The list is endless. 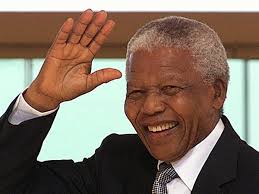 Of note are certain fundamental characteristics that Lumumba and Mandela’s generation shared  –  a combination of integrity, character, strength and fortitude. These were men and women who learned from their deeply rooted fathers; men who spoke words and kept to their words, who knew that without their brother’s happiness, their own happiness would be short-lived and at best, shallow.  Unfortunately, present day Africans are falling short of these virtues. The un-strategized, greed fueled monetization of Africa’s economy during colonialism, among other damages, resulted in the commercialization of the African’s integrity. The heart and mind of the African has to a large extent become a cash and carry phenomenon.  Wherever quick money is to be made, there the African is to be found.  Several African researchers, for instance, clamor to conduct research on only those areas that western organizations are willing to fund, and not on the pressing challenges facing Africa. But it is often forgotten that the numerous research efforts that led to the discovery of much of what we still depend on today were conducted without external funding; think of the telephone, electricity and even more recently, Facebook. Research in Africa has become driven by western market and not by the needs of African people. How appalling. 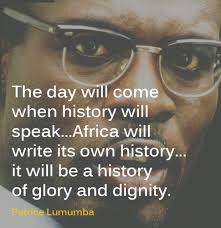 50 years after Lumumba was assassinated and at the passing of Nelson Mandela, Africa’s strategy must now emphasize intellectual and economic freedom. The necessary liberation must now be secured through incisive independent knowledge founded on strength of character, courage and fearlessness. Civility with external powers is needed because Africa needs others just as others need it. But civility does not spell compromise. Africans must learn to respectfully and firmly say no to exploitation and oppression. Most crucial, and the enduring foundation upon which intellectual and economic freedom shall be secured is the needed courage for Africans to place value on building themselves up as individuals, based on the shared positive values which abound within the continent.

Except otherwise stated, all articles published on this website are the intellectual property of Chika Ezeanya and are protected under the Creative Commons Attribution-NonCommercial-NoDerivs 3.0 Unported License. All republications must ensure that contents are not in any manner remodified without the express approval of Chika Ezeanya.